The day Chelsea accused me of racially abusing Jon Obi Mikel almost RUINED my life: Mark Clattenburg lifts the lid on what happened at Stamford Bridge and how Sir Alex Ferguson fought his corner during 2012 controversy 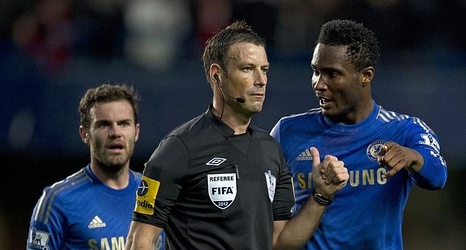 In 2012, referee Mark Clattenburg was accused by Chelsea of racially abusing John Mikel Obi and Juan Mata following their 3-2 loss to Manchester United.

He had sent off two Chelsea players — Branislav Ivanovic and Fernando Torres — and the officials missed an offside for United’s winning goal.

Here, in an exclusive extract from Clattenburg’s autobiography Whistle Blower, he tells his side of a story — including his own thoughts at the time — that made headlines around the world…

I knew to expect a tirade of abuse from Chelsea supporters, but I was not beating myself up over my performance.