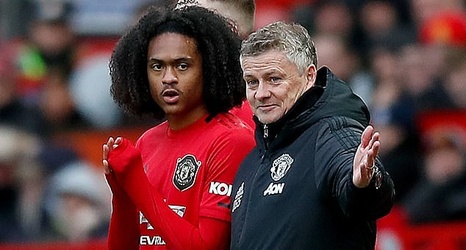 The 20-year old winger is shunning offers from Inter Milan, Barcelona and Juventus to commit his future to United after months of speculation.

The Holland U21 international joined United from Feyenoord and rejected Chelsea in the process.

He has made ten first team appearances this season and has been convinced he has a career pathway at Old Trafford.

Though his agents had fielded plenty of interest, notably from Italian side Inter, he is due to agree terms on a new United contract understood to be worth an initial £30,000 a week.