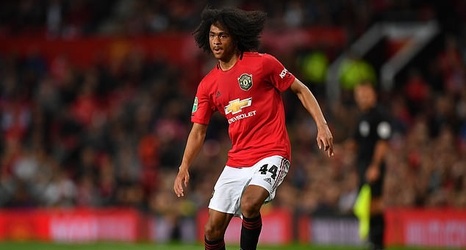 Tahith Chong has signed a new contract at Manchester United worth £30,000-a-week, it has been confirmed.

Chong, 20, would have been a free agent this summer and has been strongly linked with Inter Milan, but United persuaded the Holland Under-21 winger to commit his future to them until June 2022 with the option of another year.

Chong, who has made 14 first-team appearances, said: 'I am delighted to sign this new contract and really grateful for the chance to prove myself here for many years to come.

'When I joined Manchester United as a youngster, it was a dream come true.