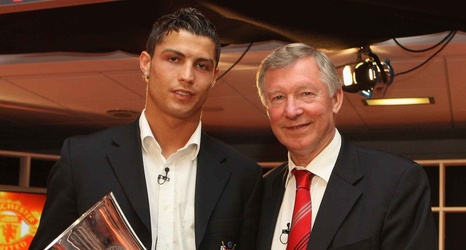 Sir Alex was part of the crowd that witnessed CR7's incredible second debut, against Newcastle United, and likened the all-conquering hero's entrance to that of stories about Julius Caesar, when the Roman emperor used the phrase: 'Veni, vidi, vici' after a quick, decisive victory at the Battle of Zela around 47 BC.

As part of a fascinating chat with presenters Helen Evans, Sam Homewood and David May, it was clear how excited the great man is to see Ronaldo back in the red shirt and firing home the goals for United.

"It's fantastic," enthused Sir Alex. "You saw on that Saturday that it was like Caesar entering Rome after victory.