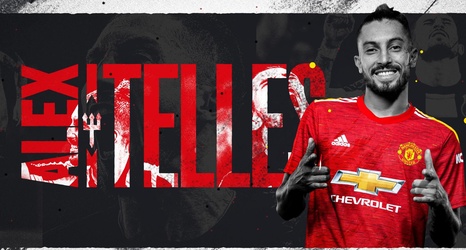 Marouane Fellaini was the last man to wear no.27, with others to use it including Terry Cooke, Federico Macheda, Gary Neville and Mikael Silvestre.

Telles has predominantly had no.13 in his career, although he was no.12 during his time in Italy with Internazionale.

Youngster Pellistri, who was no.10 at Penarol, follows in the footsteps of the likes of Anderson, Alex Buttner, Darron Gibson, Angel Gomes, Danny Higginbotham, Phil Neville and Gerard Pique.

The no.28 was also the first shirt David Beckham was given when he broke into the first team.