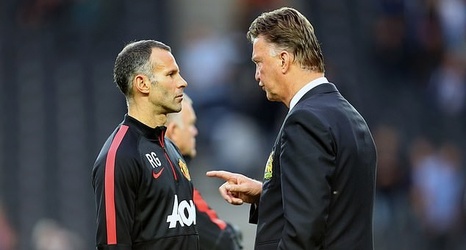 Ryan Giggs has revealed that he was punched in the stomach by Louis van Gaal when he met the Dutchman for the first time.

The Wales boss made the sensational revelation on Jamie Carragher's Greatest Game podcast, where he was left not knowing what to do after meeting the newly-appointed Manchester United boss in 2014.

Giggs went on to learn his trade as a coach under Van Gaal after previously taking caretaker charge of the club following David Moyes sacking.

And the United legend says he was left baffled by Van Gaal's introduction at a meeting the pair arranged in a hotel.