Roy Keane jokes that Patrick Vieira has taken ITV punditry gig for Euro 2020 because 'he has just lost another job'... and admits 'that's why we're all f***ing doing it' as United legend prepares to join up with old rival in the studio 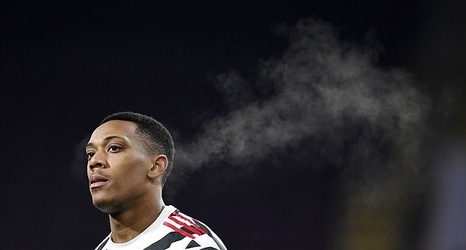 Roy Keane has claimed that Patrick Vieira's decision to take on punditry duties at the Euros is because 'he just lost another job' as the Irishman prepares to welcome his old rival to the television studio this summer.

Keane and Vieira enjoyed one of the Premier League's greatest rivalries during Manchester United and Arsenal's enthralling battles for top spot in the late 1990s and early 2000s.

The Irishman and his French counterpart famously clashed in the tunnel at Highbury Stadium and engaged in a fracas on the pitch as the pair attempted to guide their sides to the big trophies.