Roy Keane has 'got the personality' to become Celtic manager, claims Martin O'Neill, as he backs his 'strong-willed' former Republic of Ireland assistant's ability to adapt and motivate players 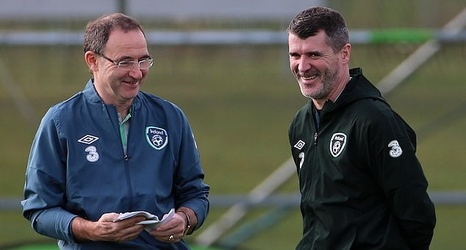 Roy Keane has the ingredients necessary to become the new Celtic manager, according to Martin O'Neill.

Keane was O'Neill's assistant on two occasions, between 2013 and 2018 for the Republic of Ireland before the pair joined forces again as No 1 and No 2 at Nottingham Forest in 2019.

And speaking to BBC Sport, the 69-year-old Northern Irishman believes Keane has learned plenty since he retired from the game in 2006 after a 13-game spell at Celtic, and believes he could adapt to the demands he would face in Scotland.