Roy Keane finds no room for Paul Scholes, Rio Ferdinand OR Eric Cantona in his greatest Manchester United XI of the Premier League era… so who does make the cut? 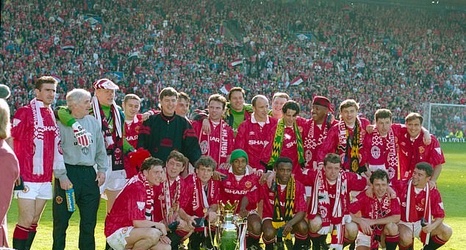 Manchester United icon Roy Keane has picked some of the greatest names in the club's history in his Premier League era starting XI – and left out legends including Rio Ferdinand, Paul Scholes and Eric Cantona.

Consistency was key for Keane as he listed his teamsheet from his illustrious spell at Old Trafford, emphasising how the likes of Gary Neville, David Beckham and Cristiano Ronaldo immediately caught the eye for their attitude and class in training.

The former midfielder agonised over some of his decisions, admitting that he could have selected Steve Bruce over Jaap Stam and describing how Paul Ince was unfairly portrayed as a hardman off the pitch.