Roy Keane admits he once had a DONER KEBAB hours before a cup game with Manchester United... and insists improvement in diets will see the likes of Phil Foden play at elite level for as long as Cristiano Ronaldo 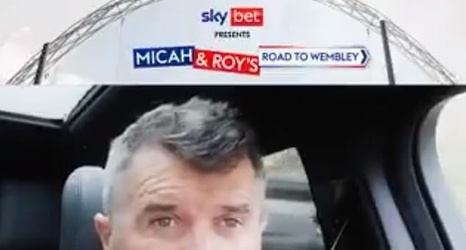 Roy Keane has admitted he once chowed down on a doner kebab just three hours before a top level match with Manchester United, during a revealing chat with his fellow commentator Micah Richards.

The Sky Sports duo have continued their Road to Wembley series ahead of the upcoming European championships, and Richards opted to ask his renowned spiky fellow ex-pro about the diet of footballers today.

Keane, speaking frank and honestly, outlined that the level from his day compared to the current crop is a gulf apart.

"So who's going to burst on the scene?