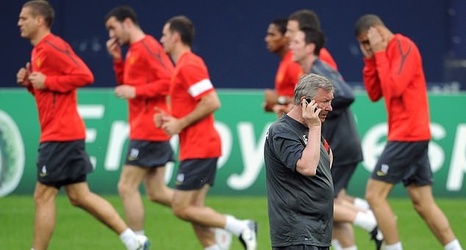 Rio Ferdinand has told the story of how Sir Alex Ferguson would be speaking to his bookie during Manchester United training sessions about which horse he was going to back.

Ferguson is one of the greatest managers in the history of the game and won 38 trophies during his 26 years at the helm at Old Trafford.

The legendary manager rarely took control of training sessions, leaving it to his coaches including Carlos Queiroz and Rene Meulensteen.