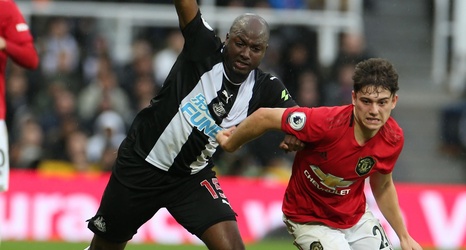 The midfielder – younger brother of Sean, who played alongside him in midfield – drove home after 72 minutes to consign the Reds to a third defeat of the season.

Ole Gunnar Solskjaer made six changes from the side which drew in the Netherlands in midweek, with Axel Tuanzebe, Harry Maguire, Ashley Young, Scott McTominay, Andreas Pereira and Marcus Rashford all returning to the team.

Newcastle, fresh from a disappointing 5-0 defeat at Leicester City last weekend, took to the pitch with a point to prove, with wide players Allan Saint-Maximin and Miguel Almiron impressing from the off.