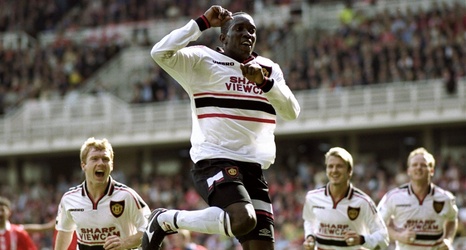 Ole Gunnar Solskjaer's men can equal that feat if gaining a positive result at Fulham this evening after going a whole year without suffering a loss on the road in the division.

So how did the run look for a side that did the unprecedented Treble? We take a closer look...

5 Dec 1998: Aston Villa (A) 1-1
It started with the happiest of hunting grounds in Villa Park as Paul Scholes opened the scoring in the 47th minute. However, Julian Joachim replied, eight minutes later, to earn a point for the Midlanders.

12 Dec 98: Tottenham (A) 2-2
Current boss Solskjaer struck both goals early on but Gary Neville's red card, before half-time, left United up against it.