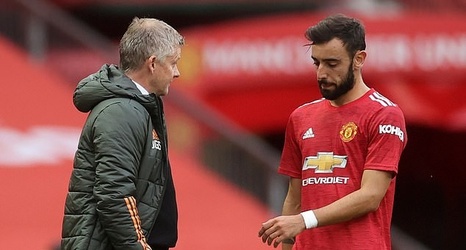 Real Madrid and Barcelona are set to do battle to sign Manchester United playmaker Bruno Fernandes, according to a sensational new report.

Both LaLiga clubs are said to be keeping a close eye on Fernandes' progression at Old Trafford just eight months after his move from Sporting Lisbon.

The Sun claim that Fernandes was left irked after being hauled off in the heavy defeat at the hands of Tottenham - and the Portugal international may already find himself taking up a new challenge with his current side gripped in turmoil.