Raphael Varane 'has agreed a contract with Manchester United until 2026'... but Ole Gunnar Solskjaer's side have 'yet to reach a deal with Real Madrid' with French defender 'happy to play the waiting game' 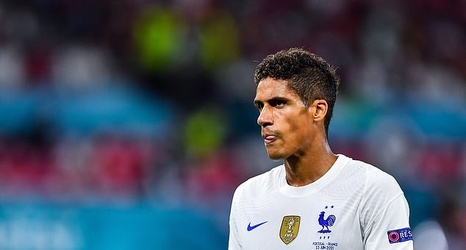 Manchester United have moved one crucial step closer to the dream centre-back partner for Harry Maguire, reportedly agreeing terms with Raphael Varane until 2026.

Those terms will be voided if United can't complete a deal with Real Madrid to sign the player, but Los Blancos are already resigned to losing the 28-year-old.

Ole Gunnar Solskjaer looks set for a perfect transfer window, having already solved their lack of quality on the right-wing with Jadon Sancho this summer.

The World Cup winner is closing in on a sensational move, with one year left on his contract

Their other long-standing shortcoming was a central defender to play alongside England star Maguire, with Victor Lindelof struggling to complement the £80m man's abilities.