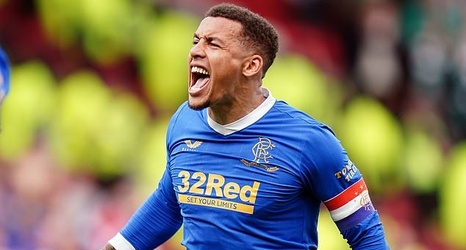 Celtic's wait to be crowned champions of the Scottish Premiership will go on following Rangers' 2-0 victory over Dundee United.

Giovanni van Bronckhorst's side, who booked their place in the Europa League final on Thursday, knew that if they dropped points at Ibrox then their Glasgow rivals would regain the title.

Rangers captain James Tavernier opened the scoring from the penalty spot - his 17th goal in all competitions this season - after Fashion Sakala was wiped out in the box by Dundee United goalkeeper Benjamin Siegrist.

Manchester United loanee Amad Diallo confirmed victory for the hosts when he finished off a break away led by Sakala.