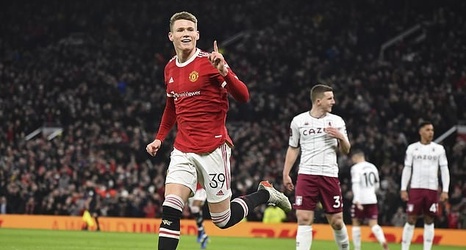 Scott McTominay has been tipped to become Manchester United's captain one day, by his boss Ralf Rangnick.

McTominay, 25, scored the only goal of the game against Aston Villa on Monday night to fire United through to the fourth round of the FA Cup.

He nodded past Villa goalkeeper Emiliano Martinez eight minutes into the match at Old Trafford and that was all United needed to progress on the night.

'He is an academy boy, his energy is amazing,' Rangnick told BBC Sport when asked about the Scotland international.