PSG president Nasser Al-Khelaifi hails Angel di Maria's 'impeccable spirit' as the French giants confirm their record assist-provider is leaving the club... and tells fans to give the winger 'the tribute he deserves' in home send-off 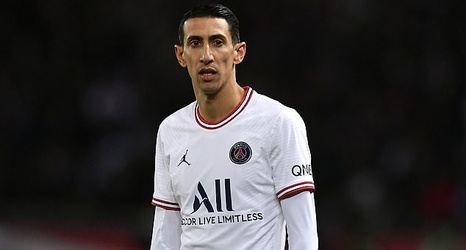 Paris Saint-Germain have hailed Angel di Maria's 'unwavering commitment' and invited fans to pay tribute to the midfielder at the final Ligue 1 home game of his seven years at the club.

In a statement following a social media post by the former Manchester United winger, PSG president Nasser Al-Khelaifi confirmed that the French champions would not be taking up the option of an extra year on Di Maria's contract and praised the 34-year-old's 'impeccable spirit'.

Team-mates including Neymar, Marco Verratti and Kylian Mbappe had shown their support for Di Maria after the club's record assist-provider shared a photo on Instagram thanking the PSG squad before the club announced his imminent departure.