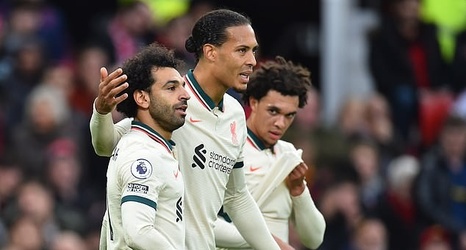 Mohamed Salah scored a hat-trick as Manchester United were ripped apart by relentless rivals Liverpool to leave Ole Gunnar Solskjaer under the most intense scrutiny of his near three years in charge.

The 202nd meeting of two of English football's biggest rivals will live long in the memory after Jurgen Klopp's men ran amok and recorded the club's biggest win at Old Trafford.

Here, Sportsmail's Chris Wheeler rated the players' performances on a dark day for Solskjaer and his players.

DAVID DE GEA, 5 – Beaten five times and could have been worse without saves from Salah and Alexander-Arnold.