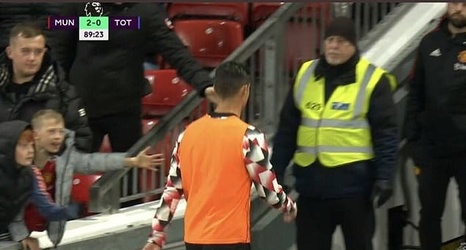 Piers Morgan has backed Cristiano Ronaldo for storming down the tunnel before full time during Manchester United's win against Tottenham after it was pointed out on social media that the Portuguese star's actions were similar to his own when he walked off Good Morning Britain last year.

Ronaldo was an unused substitute at Old Trafford, and as the game moved into stoppage time he left the bench and walked up the tunnel to the dressing room.

Morgan also famously walked off Good Morning Britain in March 2021, and he insisted that both he and Ronaldo were in the right after being 'disrespected'.