Paul Scholes insists Manchester United 'NEED to sign a top quality centre forward' because Marcus Rashford and Mason Greenwood are better out wide... but Owen Hargreaves claims they should keep Edinson Cavani and save the cash 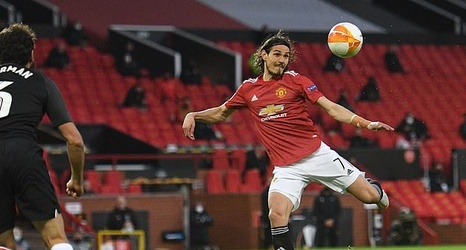 The pundits were debating United's striking options prior to their Europa League quarter-final second leg against Granada.

Ole Gunnar Solskjaer only has Edinson Cavani as an out-and-out centre-forward, according to Scholes.

And with doubts over whether the Uruguayan will sign a contract extension, coupled with his injury record this season, the United club legend thinks signing a centre-forward has to be prioritised.