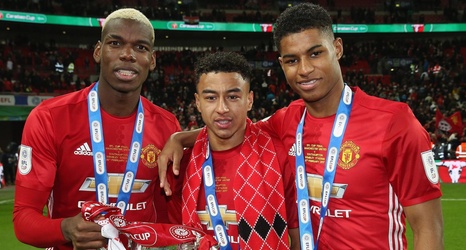 We’ll let you debate what the best XI of the midfielder’s past and present team-mates may be, but, instead, we’ve put together a side featuring the players Paul has played with most often - and it’s a very accomplished team.

While this side is based primarily on whom Paul has shared a pitch with the most, we’ve allowed some discretion based on positions and formation…

It's a pretty strong start to Paul's team with the legendary Gianluigi Buffon between the sticks. The Italian, whose career has spanned over four separate decades, is considered one of the greatest goalkeepers of all time and has won almost every accolade possible in Italian football, as well as the World Cup.