Paul Pogba looked certain to quit Man United but now he's inspiring their title push... Ole Gunnar Solskjaer has found his role, he's proved he CAN play with Bruno Fernandes and is finally dominating matches like he should be 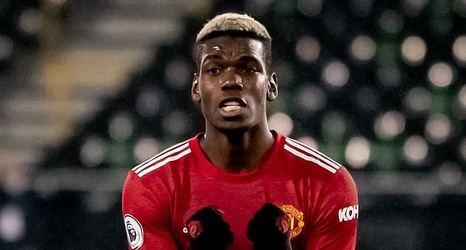 What a difference six weeks can make.

Paul Pogba's relationship with Manchester United deteriorated once again in early December after his agent, Mino Raiola, insisted his time at Old Trafford was 'over' and demanded the club sell him this summer or risk losing him for nothing.

Many perceived it as the final straw in Pogba's woeful return to the club that has been laced with disappointment ever since they forked out a then-world-record £89million fee in 2016.

HOW POGBA'S FORM HAS TURNED AROUND DRAMATICALLY SINCE DECEMBER

But Pogba's form has turned a corner and his winner at Fulham on Wednesday night, that sent Manchester United back to the top of the Premier League, capped off another fine display.