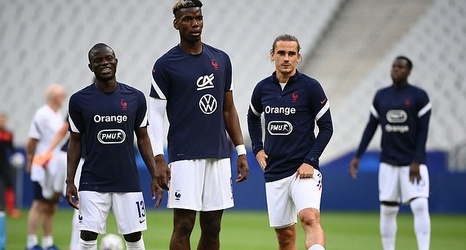 Paul Pogba has insisted it is an 'honour' to play alongside N'Golo Kante in midfield for France, ahead of the country's Euro 2020 opener against Germany on Tuesday.

Didier Deschamps' side have never lost when Pogba and 'beloved' Chelsea defensive midfielder Kante have started together, and the pair will be looking to continue that remarkable invincible record throughout the summer tournament.

And Manchester United star Pogba opened up on how joyous it is playing alongside Ballon d'Or hopeful Kante, with whom he won the 2018 World Cup, and discussed the impact of Real Madrid striker Karim Benzema's return to the Les Bleus squad.