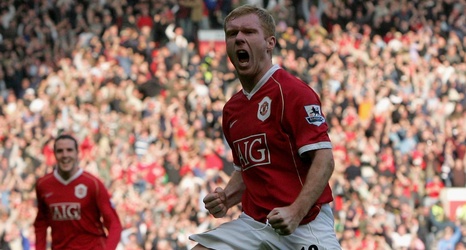 So the old chant used to go and, although he slowed down in pure statistical terms in his later years at the club, when he became more of a deep-lying playmaker, the homegrown midfielder certainly weighed in with his fair share in a red shirt – 155, to be exact.

With today marking the 20-year anniversary of one of Scholesy’s most famous strikes of all, a scarcely believable volley against Bradford City at Valley Parade, we’ve compiled a video of his top 10 efforts for the club.

There was sometimes a need for me to watch the Reds on the road outside of the away end and Middlesbrough in April of 2000 was one such occasion.