'Once he's in the team Ole is going to find it hard to get him out': Owen Hargreaves claims Donny van de Beek can be Manchester United's answer to Thomas Muller as he backs Dutchman to force his way into Solskjaer's plans 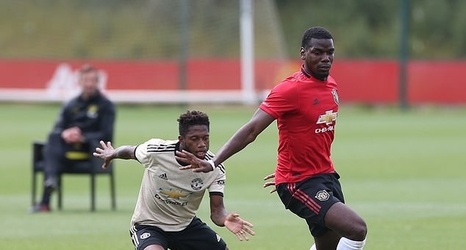 Owen Hargreaves believes that Donny van de Beek can be Manchester United's answer to Thomas Muller as the Dutchman finally gets his chance in Ole Gunnar Solskjaer's side.

The 23-year-old has been left frustrated by a lack of first team opportunities since his £40m arrival from Ajax earlier this summer, with Solskjaer cautious in getting the Dutchman involved.

The United boss has responded to calls for the attacking midfielder to get more game time, however, by naming Van De Beek in his starting line-up for the Champions League clash with RB Leipzig at Old Trafford.