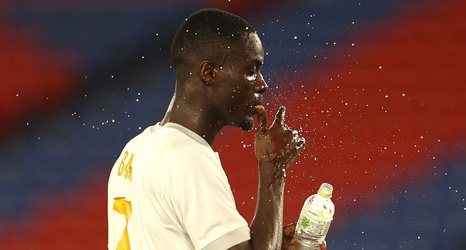 Manchester United's two male representatives at the Games both started on Sunday in Yokohama as the Elephants drew 0-0 with Brazil.

Amad had enjoyed a good start to the tournament as he assisted a strike by Franck Kessie in a 2-1 victory against Saudi Arabia but couldn't find another goal contribution this time around, although he managed three shots.

Despite a controversial VAR decision leading to Aston Villa's Douglas Luiz sending off in the first half, it was Brazil who came closer late on a tight game but Ivory Coast, led by 28-year-old Bailly, held on.