Ole Gunnar Solskjaer's daughter, Karna, 'will leave Manchester United Women and is set to pen her professional deal with third-tier Norwegian side AaFK Fortuna', despite winning the double with the Red Devils U21s this season 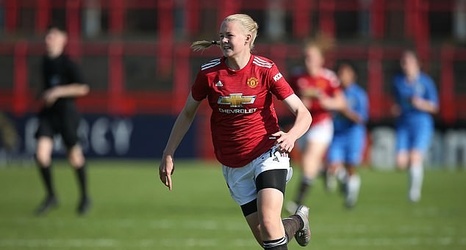 The 19-year-old won the double with Manchester United Women's Under-21s this season and scored 15 goals throughout the campaign for Charlotte Healy's side.

Solskjaer made her first-team debut for United Women in January during an FA Cup clash against Bridgewater United but never made an appearance in the WSL for Marc Skinner's team.

The young striker has now decided to take the next step and pursue her career elsewhere.