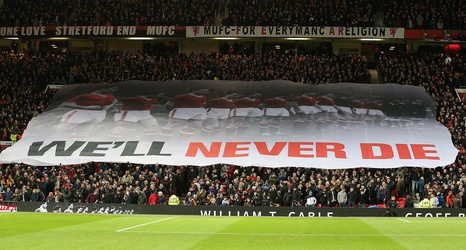 Sixty-two years on from the disastrous day in Germany, the club remembered the 23 people who lost their lives in the accident – and those who survived – in a short service beneath the Munich clock at Old Trafford on Thursday afternoon.

Throughout the day, there was also a great outpouring of love and affection for the Busby Babes, the crew, the journalists and other passengers who perished – including United fan Willie Satinoff – on social media.

Harry Maguire and Marcus Rashford were among those who tweeted their thoughts, and they were joined by United legends and representatives of other clubs including Manchester City, whose legendary goalkeeper Frank Swift was among the victims in 1958.