Normality replaces mutiny as green and gold anti-Glazer protests fizzle out in air of celebration as 10,000 fans return to Old Trafford for the first time this season 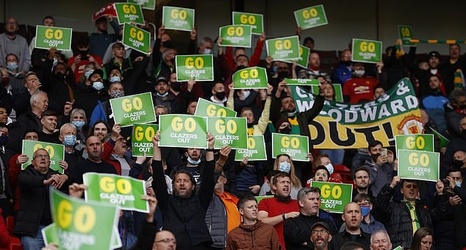 The mantra at Manchester United in the 14 months since supporters were last inside Old Trafford (legally, at least) has been a quote borrowed from Sir Matt Busby. Football is nothing without fans.

Ten thousand of them were back on Tuesday and it’s fair to say the scenario was not quite what United had hoped for all this time: riot police outside the ground and an air of mutiny inside it as the green and gold colours of the anti-Glazer brigade returned to the stands in a way not seen here for the best part of a decade.