Newcastle 'join Manchester United in the race for Napoli striker Victor Osimhen'... as the Serie A side are demanding £85m transfer fee to let the Nigerian star leave this summer 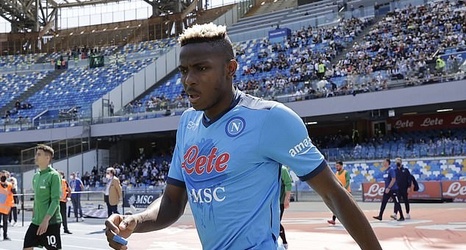 The 23-year-old has netted 17 goals and registered six assists in 30 appearances across all competitions for the Serie A side, which has caught the eye of a number of clubs across Europe.

United are keen to bolster their attack to replace out of contract duo Edinson Cavani and Jesse Lingard while the Magpies are determined to add to their ranks in order to improve their league position next season.

Napoli could be looking for an offer to break the £85million threshold before considering accepting a deal, according to Calciomercato.