Mourinho was entertaining talk of a title charge when Spurs thumped United in October while Solskjaer was staring down the barrel... but six months later, and it is Jose who's CLINGING on to his job while Ole's in line for a new deal! 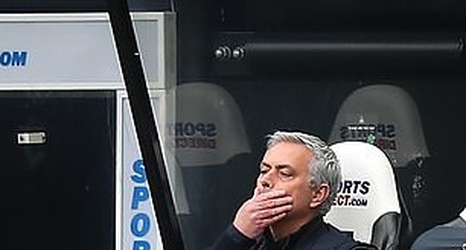 When Tottenham thumped Manchester United on their own patch back in October, Jose Mourinho claimed it was 'history' for the club.

Little did he know that six months later he'd be under threat of becoming the very same thing.

If Spurs fans had it their way, Mourinho would have been made to walk the plank a long time ago. As it goes he's still clinging on to the helm, steering the ship that little bit further away from Europe with each passing week while disgruntling his sail-mates more and more almost to the point of mutiny.