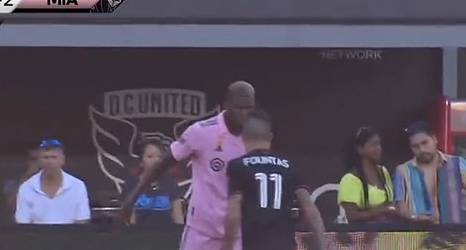 The MLS have opened an investigation into claims Taxi Fountas called Damian Lowe the n-word in DC United's 3-2 defeat by Inter Miami.

The ugly altercation between the pair took place in the 62nd minute of the MLS fixture, with the duo pushing and shoving each other after Jamaica international Lowe was unhappy with the Greek's challenge.

Lowe shouted back at Fountas after the alleged slur was used, and referee Ismail Elfath then stopped play to speak to both captains.

It then took an even more sinister turn in the following four minutes as former Manchester United team-mates Wayne Rooney and Phil Neville convened on the sidelines to speak with the official.