Mercedes chief Toto Wolff says he studied Manchester United to understand why 'great teams' decline, as the Austrian plots a route back to the Formula One summit after a slow start to the season 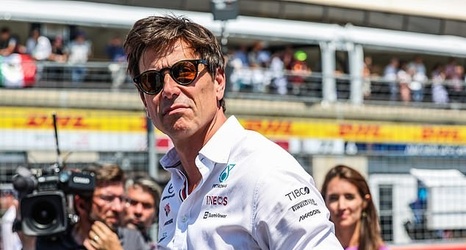 Mercedes chief Toto Wolff claims he studied Manchester United to understand why 'great teams' are not able to sustain their success.

Similarly to the Red Devils, Mercedes have struggled this year and failed to bounce back following a dramatic end to last season's Abu Dhabi Grand Prix - where Red Bull ran victorious.

And in a bid to change their luck, Wolff claims he looked at the Premier League side to understand why the 20-time English champions are 'not able to repeat great title' runs.

In an interview with the Financial Times, Wolff said: 'I studied why great teams were not able to repeat great title [runs],' before citing United's spell under Ferguson.