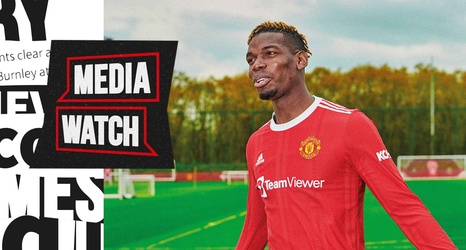 Please note that the stories on this page are sourced under licence from external media. They do not necessarily reflect the intended actions or views of Manchester United.*

Sick of taking the knee? Players sick of abuse are preparing more radical protests... the rancid reaction to England's Euro 2020 final defeat confirmed we have lurched backwards in our fight for equality
Daily Mail

*Due to the scale of the interest in Manchester United, coverage of the club will drive clicks and sales for media organisations.