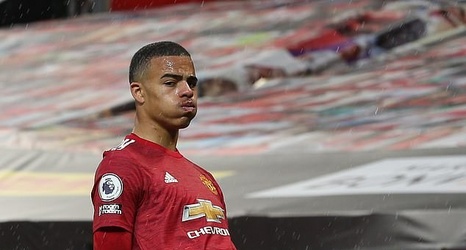 Mason Greenwood has welcomed the comparisons with former Manchester United striker Robin van Persie, hailing the Dutchman as an 'all time great'.

Gary Neville was one of the first people to notice the similarities between Greenwood and Van Persie, who fired United to their last Premier League title in 2013.

Greenwood made a big impact in his first season since stepping up from the youth side to the first team in the 2019-20 campaign and Neville likened his style of play to Van Persie following his goal in a 3-0 home win over Brighton, saying: 'He reminds me so much of Robin van Persie when he cuts in on that left foot off that right side.