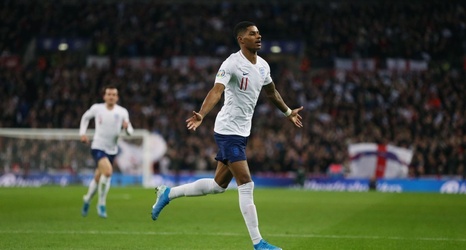 With nine goals in his last 10 games for Manchester United and England, forward Marcus Rashford says he has put a tough start to the season behind him and is feeling confident in front of goal once more.

The 22-year-old added that his return to form had been helped by a consistent run of games.

"It has been a tough period and now I'm getting consistent games and playing week in, week out," said Rashford, who scored in both of England's recent Euro 2020 qualifiers against Montenegro and Kosovo. "As a forward that has huge importance.