Manchester United's youngsters began the 2020/21 season in a positive manner by beating Salford City 6-0 in our EFL Trophy opener. 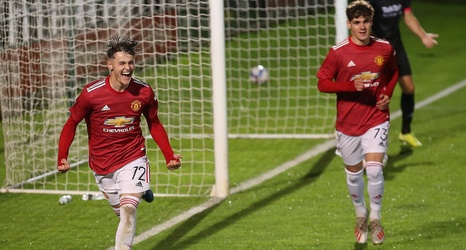 Hannibal and Arnau Puigmal who grabbed goals in the first half for an Under-21s side, before Mark Helm (2), Charlie McCann and Anthony Elanga netted in the second period.

It was a lively beginning for the visitors at the Peninsula Stadium and James Garner nearly opened the scoring within the first few minutes when his free-kick on the edge of the area sailed just wide of Nick Hayles’s far post.

However, the Salford keeper was left stranded, moments later, as Hannibal smashed the ball into the hosts’ goal. The Frenchman was slipped in by Garner and he unleashed a powerful effort just inside the box which flew into the back of net.