Manchester United's Chris Smalling 'tells Roma coach Paulo Fonseca that he wants to stay... and now Italian side hope they can find a solution to sign him on a permanent deal' 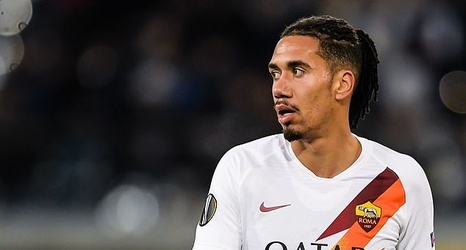 On-loan Roma defender Chris Smalling has told coach Paulo Fonseca that he wants to stay permanently at the Serie A club, according to reports in Italy.

Smalling joined the Italian outfit at the start of the season from Manchester United and has impressed with a series of study displays at the heart of Roma's back four. While he has clealy done enough to convince the club to sign him, he has also generated interest from a number of English clubs.

But Smalling has his heart set on prolonging his spell in the Eternal City and has made his feelings clear to the hierarchy, who are now 'working on a solution' to agree a deal with United, as reported by Corriere dello Sport.