Manchester United WON'T back down over Jadon Sancho and will continue talks with Borussia Dortmund over the England winger... with hopes a deal can be reached at the second attempt 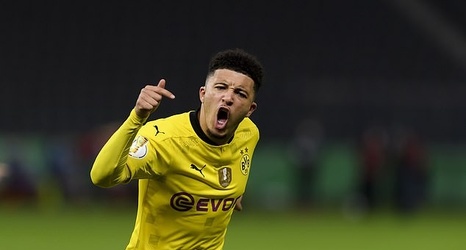 Manchester United will continue talks with Borussia Dortmund over the weekend as they attempt to reach a compromise and strike a deal for Jadon Sancho.

The two clubs are around £10million apart after United had an opening offer rejected for the 21 year-old England winger.

United tabled a £67m bid with add-ons which pushed the value just past £75m. But Dortmund are holding out for a total package in the region of £86m.

Discussions continued yesterday with the Bundesliga club hoping to work in some more achievable add-ons which would mean a larger portion of United’s offer is effectively guaranteed.