Manchester United 'step up their interest in AC Milan midfielder Franck Kessie' with star able to hold talks over a free transfer from January... while the club 'identify him as a potential Paul Pogba replacement' 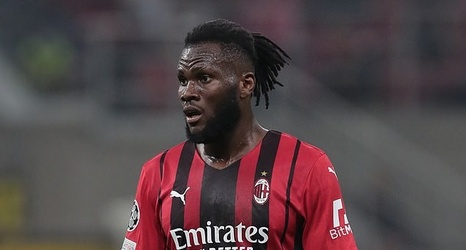 Manchester United have ramped up their interest in AC Milan midfielder Franck Kessie, according to new reports in Italy.

The in-demand Kessie, 24, is able to sign a pre-contract agreement with foreign clubs from January, with his deal set to run down at the end of the season.

His uncertain future has led to several teams looking to swoop in for him in the hope of sealing a bargain free transfer, with United believed to be one of them.

Bringing in a new player in the middle of the pitch may be a priority for Ole Gunnar Solskjaer because Paul Pogba may also find himself on the move.