Manchester United set to extend the singing section inside the Stretford End at Old Trafford by 2,000 fans as club officials aim to boost the matchday atmosphere 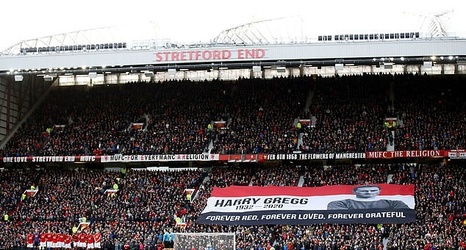 Manchester United are increasing the singing section at Old Trafford by at least 2,000 fans to further improve the atmosphere inside the stadium.

Old Trafford witnessed one of its rowdiest occasions for some time on Sunday when United beat City 2-0 in the 182nd Manchester derby.

The signing section in the Stretford End has played its part in creating a better atmosphere inside the ground – with United also hoping to add rail seating in future – and the club now intends to extend it beyond the players' tunnel.

It was among a number of measures announced by United on Monday morning which include freezing season ticket prices for the ninth season in a row.