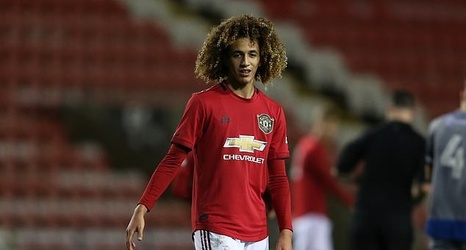 Manchester United are willing to gift a first-team chance to midfield starlet Hannibal Mejbri next season, according to reports.

The curly-haired wonderkid arrived at Old Trafford from Monaco for £9million last year and has already made his mark at the club, showing maturity in his displays for the youth teams and convincing staff that he will soon be ready for the next step.

And even at the tender age of 17, manager Ole Gunnar Solskjaer is considering a move to bring him into the first-team fold after being impressed by his early progress, MEN claims.