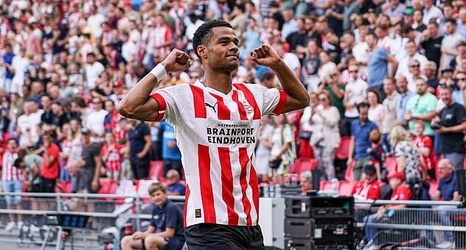 Man United's desperate search for a forward has reportedly led them to register an interest in PSV winger Cody Gakpo.

Sportsmail revealed in April that Arsenal held talks with the Dutch international over a summer move, while the 23-year-old has also been linked with Liverpool, Bayern Munich and Barcelona.

Gakpo - who has netted twice in seven international matches - scored 21 goals and set up a further 15 in 47 games last season to help PSV push eventual champions Ajax all the way in the 2021-22 Eredivisie.

But ESPN now claim United have made their interest known in the Holland star - who is valued at £35m - but have yet to submit a bid.