Manchester United must convince Mauricio Pochettino that he is their No 1 choice to be their next manager before he will agree to take over at Old Trafford... with the Argentine's time at PSG coming to an end following their Champions League exit 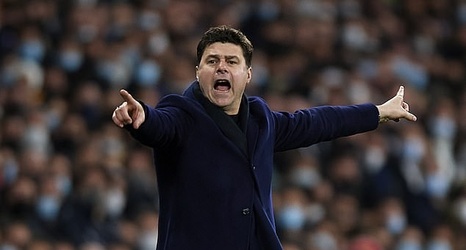 Manchester United must convince Mauricio Pochettino that he is their No 1 choice to take over as manager at the end of the season.

Pochettino and Ajax coach Erik ten Hag are the leading contenders, while Real Madrid boss Carlo Ancelotti is among the other names being linked.

Sportsmail understands Pochettino would need to feel that he is top of the club’s list of candidates before agreeing to move to Old Trafford next season.

The Argentine’s time at Paris Saint-Germain is coming to an end following Wednesday’s capitulation against Real in the Champions League.