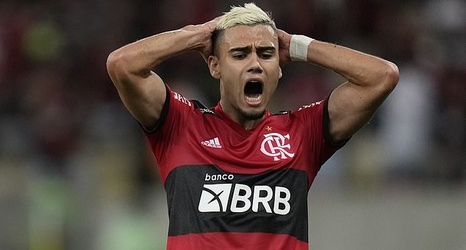 Manchester United midfielder Andreas Pereira could land a six-match ban after sports bosses in Brazil announced they are investigating the loanee and new club Flamengo over a possible breach of quarantine rules.

Pereira joined the reigning Serie A champions on August 21 and may have completed only half of the required 14-day quarantine for travellers passing through the UK to Brazil, according to the country's Superior Sports Court for Football.

The case is scrutinising Pereira's involvement in Flamengo's 4-0 win at Santos on August 28, when he scored the final goal.