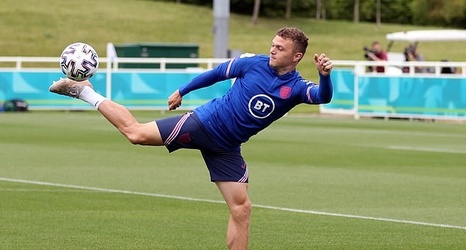 Manchester United have reportedly had a £10million offer for Kieran Trippier rejected by Atletico Madrid.

The England right-back is one of Ole Gunnar Solskjaer's key targets this summer but United have been told they will need to offer significantly more if they want to sign Trippier.

Reports last week claimed that Trippier, who won LaLiga with Atletico last season, is keen on a move to United and is already house searching in Manchester in anticipation of joining them this summer.

However, Mundo Deportivo claim United's opening offer fell way short of Atletico's demands with the Spanish side telling the club Trippier can only leave if his £35m release clause is met.