Manchester United exiles Paul Pogba and Jesse Lingard both look set to REJOIN former clubs... with the French star heading back to Juventus, while a return to West Ham could be on the cards for the Englishman 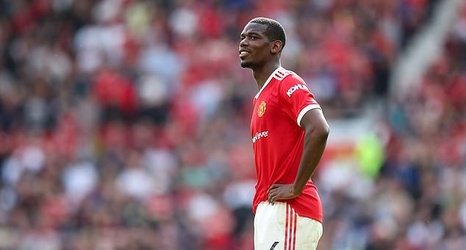 Paul Pogba is set to rejoin Juventus after the Italian club made an official offer to the Manchester United star worth in the region of £30million.

Juve are confident they will win the race for Pogba despite Paris Saint-Germain preparing a final contract offer to snatch him from under their noses when his United deal expires.

And fellow United exile Jesse Lingard could also return to a former club, with West Ham making an offer to the winger as they look to secure him ahead of the competition.

The soon-to-be free agent is expected to be courted by more clubs over the coming weeks once budgets become clearer but David Moyes has made an early move to impress upon Lingard that he is wanted back at the London Stadium, where the 29-year-old spent the second half of last season on loan.