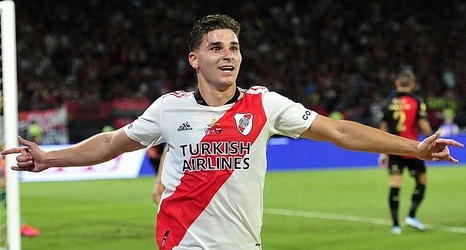 Manchester United have reportedly made concrete their interest in Argentina star Julian Alvarez by making contact with River Plate.

Alvarez, 21, is catching the attention of a host of European football's elite clubs following a remarkable goal-scoring spree.

And now, according to Argentinian daily Ole, United have approach River Plate with the aim of stealing a march on their rivals and making an offer to sign the youngster.

In 46 matches played this year, Alvarez has scored 24 and provided 15.

Back in October Aston Villa were heavily linked with the starlet and were said to be on the brink of making a bid, though Alvarez's stock has risen even further since.