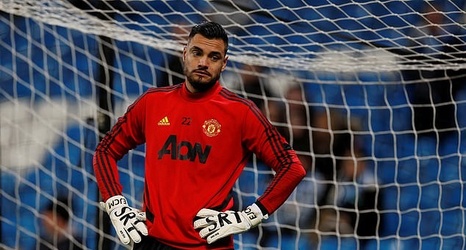 Manchester United could lose two of their goalkeepers in the summer and are already eyeing replacements, according to reports.

The Old Trafford side believe backup stopper Sergio Romero will leave and there is also an expectation that he will be followed out of the exit door by third-choice Lee Grant.

According to the Sun, the Argentinian goalkeeper is hoping to hold talks this month about his future at United.

Romero will have a year left on his deal in the summer but the 32-year-old is keen to play first-team football.